We were so lucky to have Opera Australia on the Gold Coast performing Verdi’s Aida over 6 amazing nights in September 2017.  Opera Australia are planning to perform either Carmen or Madam Butterfly in 2019 making this a biennial event.

Throughout the week Coolangatta beach was transformed into an Egyptian wonderland of colour and spectacle, right on the water’s edge. The mezzo-soprano Sian Pendry was amongst the huge cast of stars from Opera Australia performing Verdi’s iconic work, alongside an orchestra of 50 musicians and over 50 chorus singers.

Here are some more eye-popping details on the lavish production:

What better place to have world class musical events than the Gold Coast? And what a perfect opportunity to incorporate some culture during your holiday. 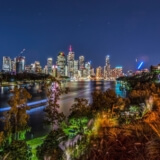 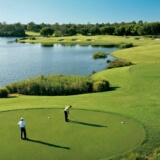